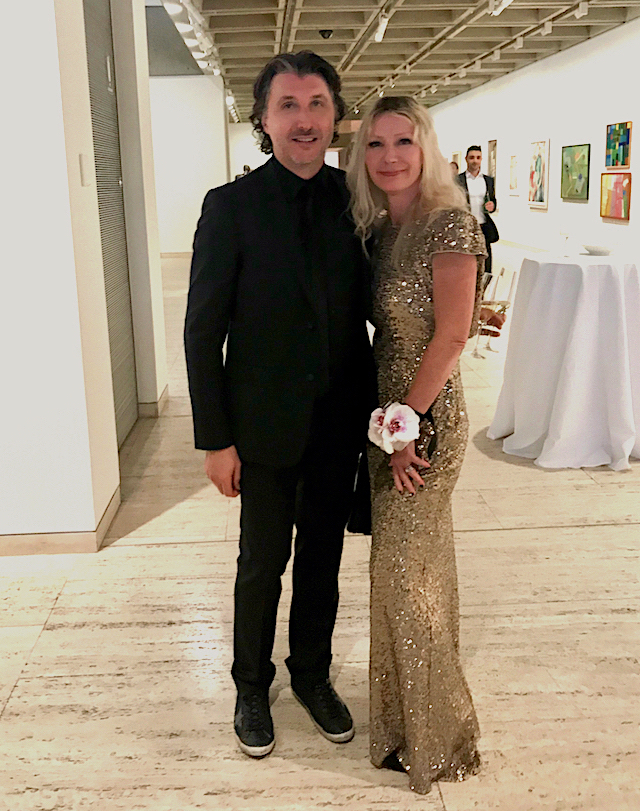 LAST FRIDAY NIGHT, HUBBY AND I {ALONG WITH A SELECT GROUP OF SYDNEY’S ELITE} WERE INVITED TO THE ART GALLERY OF NSW TO HELP FIGHT ONE OF AUSTRALIA’S BIGGEST KILLERS.

As you know, Jimmy is a bellamumma friend, but if you need a backstory, here you go: Jimmy started the movement back on 2010 after his friend Wes Bonny died from melanoma at the age of 26. Every winter since has been fondly called ‘Beard Season’, where gentlemen from all over the world are invited to grow their beards and use them as ‘life saving conversation starters’ to challenge people to get a #BeardSeasonSkincheck with their GP or dermatologist. 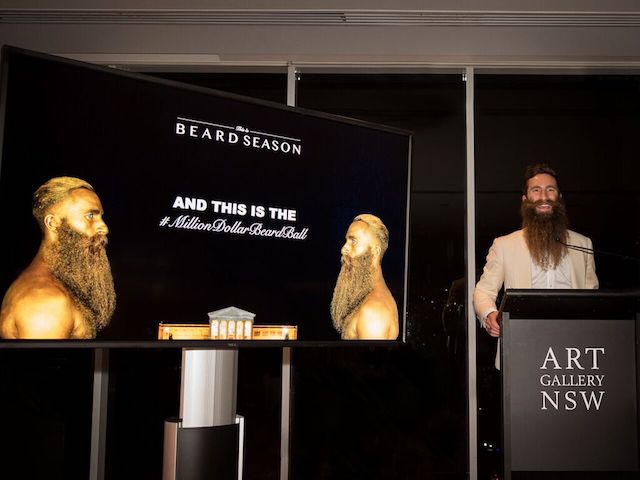 Fast forward seven years and the charity now saves an average of a life a week. People which might not be here if it weren’t for meeting, seeing or liking these glorious beards with purpose.

One of these beards is Jimmy’s, which he has kept since his first ‘Beard Season’ after Wes passed away. Something he’s used as a daily reminder to keep the idea alive. After growing a community of over 80,000 people with next to no budget. Jimmy realised they needed to start fundraising to really step things up. So, he put his beard up for sale for the princely sum of $1,000,000.

The original idea was to sell his beard to a philanthropist or well being focussed organisation. To be taken o in one piece and encased in glass as an artwork. However buyers for such a piece aren’t particularly abundant. So, Jimmy has opened the oor for everyone to contribute. Launching the ambitious mission at the AGNSW with some very special announcements. 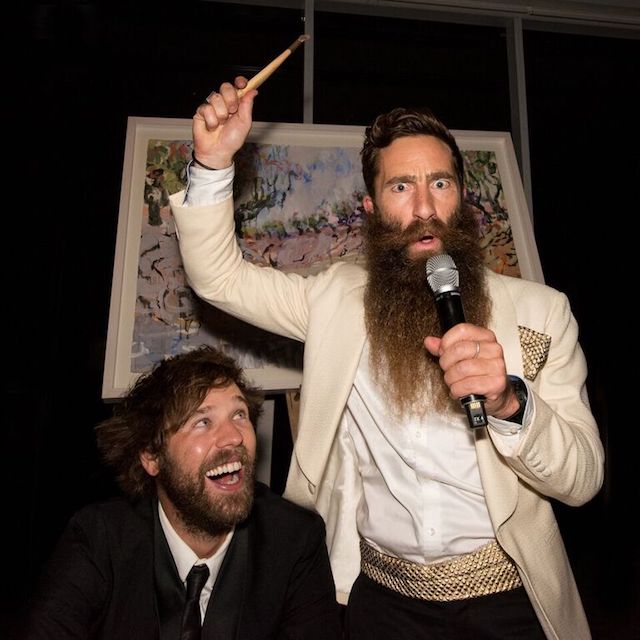 After guests enjoyed a private tour of the Archibald prize portrait series dressed in black tie with a touch of gold, MC for the evening Danny Clayton took to the stage and invited Jimmy to show everyone a rather intriguing paint brush. e creator of this brush turned out to be none other than 2009 Archibald winner Guy Maestri. Who explained it had been made with hair, trimmed from the end of Jimmy Niggles’ beard by Sir. Richard Branson – with a bar knife at Necker Island.

This nobel brush was recently given to another prominent Australian artist, Luke Sciberras, who was the first to produce an artwork with the brush as part of a larger series for the charity, themed around the harsh Australian sun and its effect on our character and landscape. The generously sized painting called ‘High Noon at Wilcannia’ was offcially unveiled to a standing ovation. When complete, the charity hopes to exhibit the series to the public at the Art Gallery of NSW before auctioning them off in a bid to get closer to their million dollar mission. 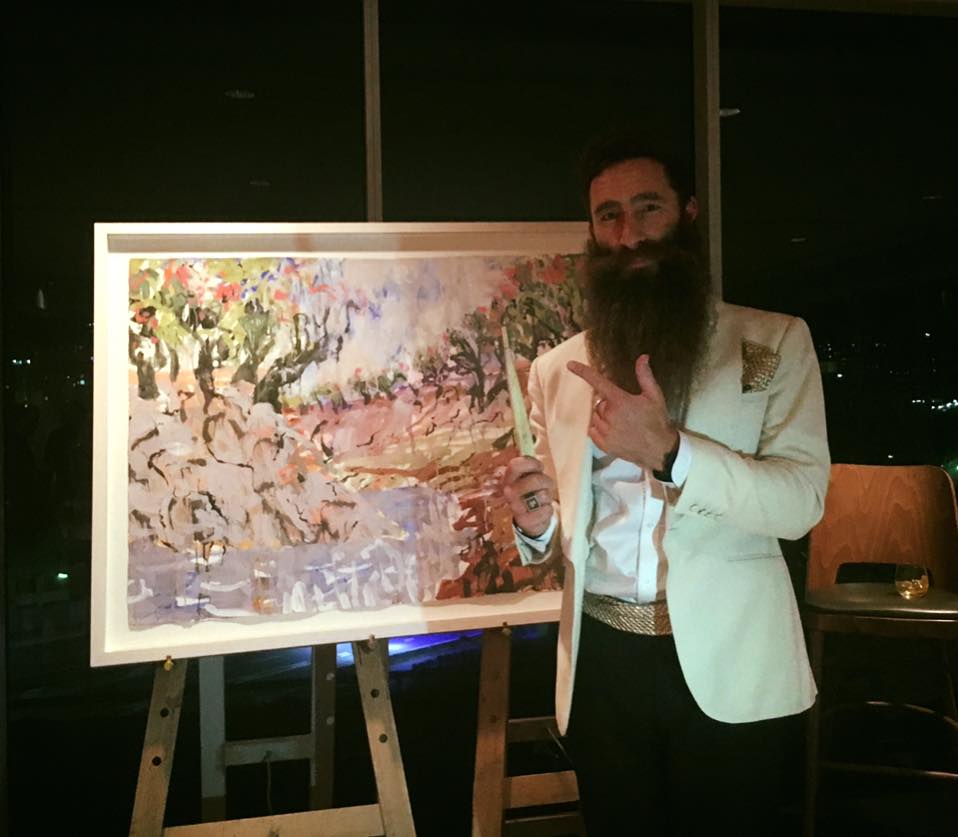 While these are being painted, Jimmy Niggles vowed to attract as much attention and support from investors and contributors as possible. He then screened a trailer directed by Von Glass and Emma Metcalf which outlines plans to get the Million Dollar Beard blessed by the pope, insured by the same people who insured J-Lo’s derriere, endorsed by a Hollywood Superstar and do whatever it takes to make his beard the most valuable and famous in the world. This documentary will follow the charities journey towards the ambitious target, celebrating the work they have already done, and wish to do with the money raised. 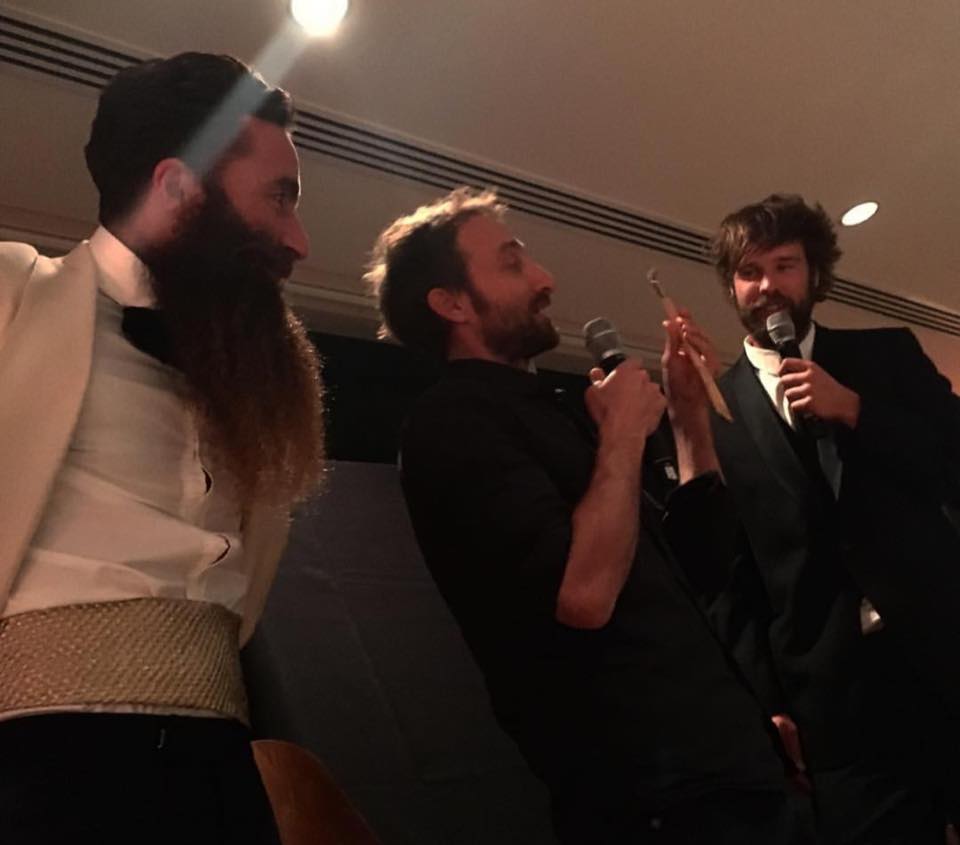 On this, Jimmy talked about their recent activity at the Audi Hamilton Island Race Week, where they ran a free skin check clinic for sailors and guests with the Queensland Institute of Dermatology. their teams checked close to seven hundred people and discovered over 532 suspect lesions. A mind blowing result for something which has never taken place on such a large and co-ordinated scale. The team had such a wonderful buzz around them that even Prince Frederik of Denmark paid a visit. A wonderful moment to achieve especially given his wife, Princess Mary, was one of the rst to watch an ad featuring Wes Bonny which screened at the Victorian Parliament with Wes’ parents Jackie and Peter. Another ‘full circle’ moment which has characterised the charities growth. 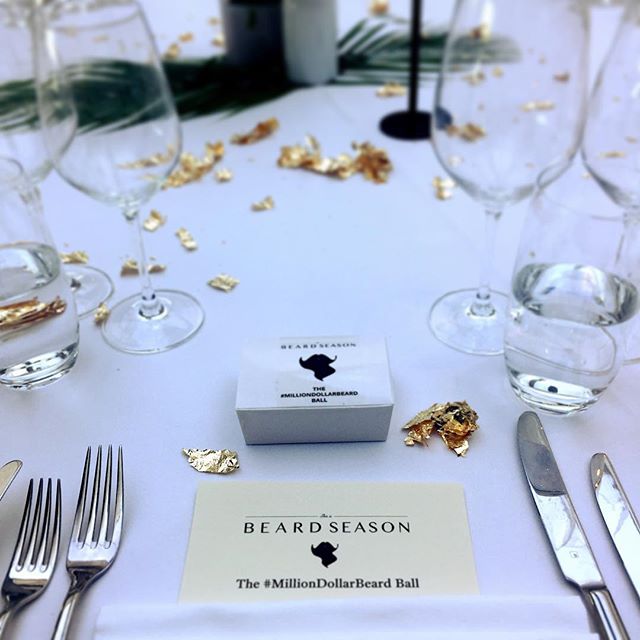 After the dinner, curated by Matt Moran and the Chiswick team, guests enjoyed Johnnie Walker cocktails and cheese while bidding on auction items. One of which was donated on the evening by proud supporters Nicky Tindyll and Rob Oatley – a couple’s retreat to Qualia on Hamilton Island, valued at over $10,000. is wonderful gesture was presented with a touching speech about the Beard Season movement and how a grassroots idea has made such a big di erence to the lives of so many, thanks to the support and collaboration of good friends. Two of which who couldn’t be there include captain of Hawthorn and melanoma survivor Jarryd Roughead who sent a video message o ering up a private lunch with him in Sydney or Melbourne, and Commsec reporter Tom Piotrowski who encouraged everyone to invest in this big market mover. 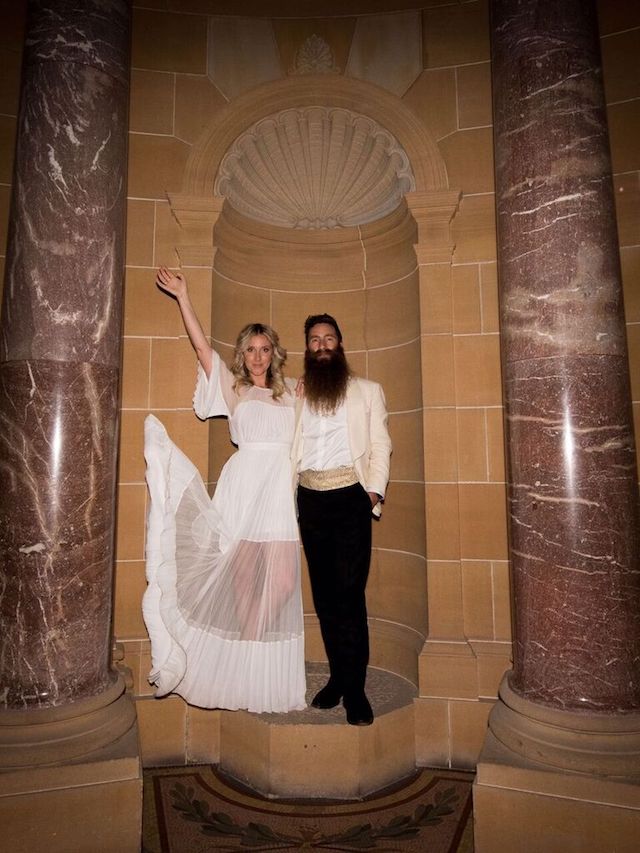 Special guests included the Deputy Lord Mayor Jess Miller, IT girl Nadia Fairfax, CEO/consultant Angus Kingsmill and talent manager Nick Fordham. With entertainment by south coast band The Swaggers. The event was put together in just a few weeks and raised well over $20,000.

A big step towards the one million dollar goal which the charity will use to fund a free national skin check program – to help overcome ‘Australia’s National Cancer’.

Jimmy you are a legend!

Tags
Previous Article
beauty insider: IS YOUR PONYTAIL BAD FOR YOUR HAIR?
Next Article
home tour: A CHARMING LONDON COTTAGE