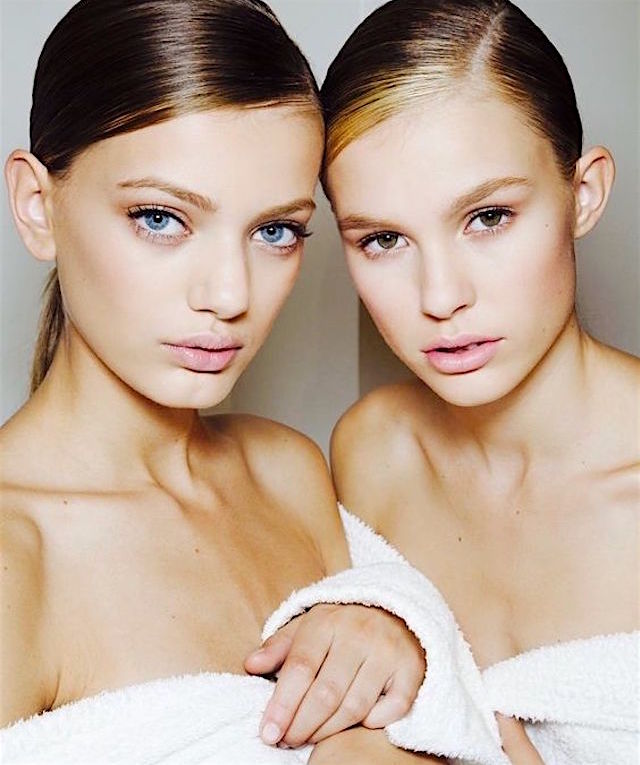 WE ALL KNOW WE SHOULDN’T PICK AND SQUEEZE, BUT SOMETIMES YOU JUST CAN’T HELP IT

When is comes to beauty the hardest thing to do is nothing at all. read on for the beauty experts tips for our 6 top bad beauty habits

You’ve got a pimple that’s just screaming to be popped and a ragged cuticle that is in need some major scissor surgery. You know it’s wrong, you’ve read it a million times before, but you just can’t leave it alone. You’ll deal with the consequences later.
Rather than preaching abstinence (like that’s going to happen), we asked the experts to give us the best advice on what to do when you can’t resist the urge.

“Compulsively picking ingrown hairs will lead to infection and scarring,” says Yvette Wyeth, beauty therapist and owner of Escape Skin & Body. “If you can’t see the hair, don’t attempt to remove it yourself, it’s too deep – seek your beautician’s help.”
“If there’s a little bulge of skin with a hair visible just beneath the surface, you can try a DIY removal,” she says. “First wipe a needle with hydrogen peroxide and hold it perpendicular to the hair and almost parallel to the skin. Pull the skin taut, then guide the needle underneath the hair and pull it out,” says Wyeth. “Don’t dig around, stop if you can’t get it after a minute. Dab the area with an anti-bacterial lotion to disinfect, even if you didn’t get the hair.”
“Prevent further ingrowns by loofahing regularly and applying a lotion that contains alpha hydroxy acids to loosen dead surface skin cells and help prevent hairs from getting trapped.”

“Squeezing zits will push bacteria deeper into the pores and cause more inflammation, infection and scarring – all which will take longer to heal than the actual zit,” says Wyeth.
“Zits are formed when a blackhead becomes impacted and infected due to excess sebum and debris build-up,” she says. “The whitehead is actually your white blood cells attacking the trapped bacteria and helping the body to heal the blemish,” she says. “As much as you’re tempted to squeeze, don’t! You can dab on a benzoyl peroxide gel twice a day to speed the healing process.”
“Non-inflamed lesions such as blackheads can be extracted,” she says. “Steam and soften the skin, place a tissue over your fingers, form a mound under the blackhead with your fingers then wiggle your fingers back and forth to ease the blackhead out.”
“Increase exfoliation, use non-irritating formulations which contain AHAs, BHAs and enzymes, and use refining and purifying masques to aid in the skin’s natural elimination process and help reduce breakouts.”

baking in the sun

“Sun baking is harmful – even if you tan slowly using an SPF 30,” says Sonja Millar, owner and beauty, nail and eyelash specialist at Seka’s Beauty Case. “In trying to protect itself from sun exposure, the skin thickens and produces melanin, the pigment that darkens the cells. Any pigment change from UVA or UVB light can cause premature aging and increase the chances of skin cancer.”
“It’s set in the Australian psyche that a ‘tan’ makes you look and feel healthy so fake tanning is the way to go,” she says. “Salons now offer a great alternative to sun baking and dangerous sunbeds with natural-looking and organic spray tanning. J-Lo, Gwyneth, Cameron, Brad and Jen are all addicted.”

“Cuticles provide a barrier against bacteria, yeast and fungus at the base of the nail,” says Millar. “Cutting or picking can loosen that seal, cause the cuticle to grow back thicker and even deform the shape of the nail.”
“It’s better to condition and push back the cuticles gently,” she says. “Soak fingertips in warm oil for a few minutes; rub and soften each one with a glob of cream – then push back cuticles with an orange stick.”

“Stilettos may be sexy but they bring on a series on un-sexy problems,” says Elouise Carmichael, Accredited Podiatrist at Carmichael & Short Podiatrists. “Bunions, clawed toes, corns, ingrown toe-nails, lower back pain, gradual shortening of calf muscles and tendonitis.”
“Walking in high heels puts approximately two tonnes of force on the ball of the foot and heel,” says Carmichael. “In addition the compression force on the knee joints increases by 23 percent and the risk of osteo-arthritis increases in the ball of the foot and the knee.”
“When buying high heels allow a half to one full thumb’s width of extra length from the longest toe (this may be the second toe!). Also try to choose styles that are fastened onto the foot with a strap or fastener, rather than a slide,” she says. “Slides require the toes to claw to keep the shoe on and this in turn contributes to foot pain and injury.”
“Never wear high heels for more than three hours, sit as much as possible – and don’t be afraid to slip them off to stretch your muscles when no one’s looking.”

“Licking your lips actually has the opposite effect to moistening them, it dries them out,” says Courtney Treacy, lipstick expert and co-owner of The Lip Lab. “Carry a moisturising lip balm with you to prevent your lips from becoming dry therefore stopping the urge to lick.”
“If you suffer from chapped lips, apply a thick slick of lip balm to soften lips and leave for ten minutes. Next gently exfoliate away dry, flaky skin with soft baby toothbrush using light circular motions.”
“If your lips are dry, stick to natural lipstick shades and avoid anything glossy (shine attracts attention) or too dark (pigment clings to flakes).”
“Get into the habit of massaging in a thick layer of rich night cream to your lips before you go to bed.”

6. sleeping in your make-up

“Sleeping with your make-up on is like sleeping with the beauty enemy,” says Millar. “The body regenerates itself during sleep – hence the term beauty sleep – and your skin would much rather absorb nutrients from your night cream rather than stale make-up, cigarette smoke and everyday grime.”
“If puffy eyes, blocked skin and break-outs doesn’t deter you from sleeping in your make-up, think about this – it can take twenty five days for the skin to naturally rid itself of make-up and impurities might!”
“So before you hit the pillow – always cleanse! Even if you get home very late and don’t have the inclination, use one of the many new cleansing wipes, they’re quick and very effective.”
{Pic: The Zoe Report}