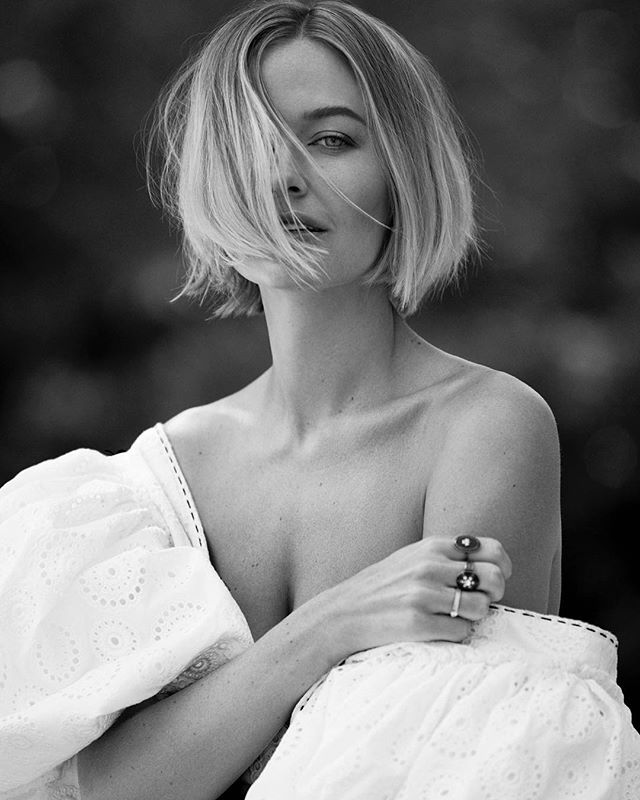 TO CELBERATE HER 30TH BIRTHDAY, LARA WORTHINGTON TRAVELLED TO THE FRENCH RIVERIA TO BE PHOTOGRAPHED FOR ELLE AUSTRALIA

She also penned an honest first-person feature, where she opened up about meeting husband Sam Worthington, becoming a mother to her two boys, Rocket and Racer, and how she feels facing down the next chapter of her life.

ON HER MARRIAGE: “Meeting Sam is when things really changed for me. Until then, I never really trusted anyone entirely. When I was younger, I think maybe I’d try to impress a person by adapting to their ways, but with Sam, from the get-go, I was just myself. I wasn’t trying to be anyone else and I think that’s the basis for a strong relationship.”

“Sam is present. Sam’s different in that he doesn’t use social media, it’s just not where he spends his time. If he’s on the internet, he’s not looking at other people’s lives. When I first met him, I was nervous and I’d be like, ‘Don’t read anything, you might get pulled away,’ because there was a lot of crap. And he was like, ‘I don’t even know what you’re talking about.’” 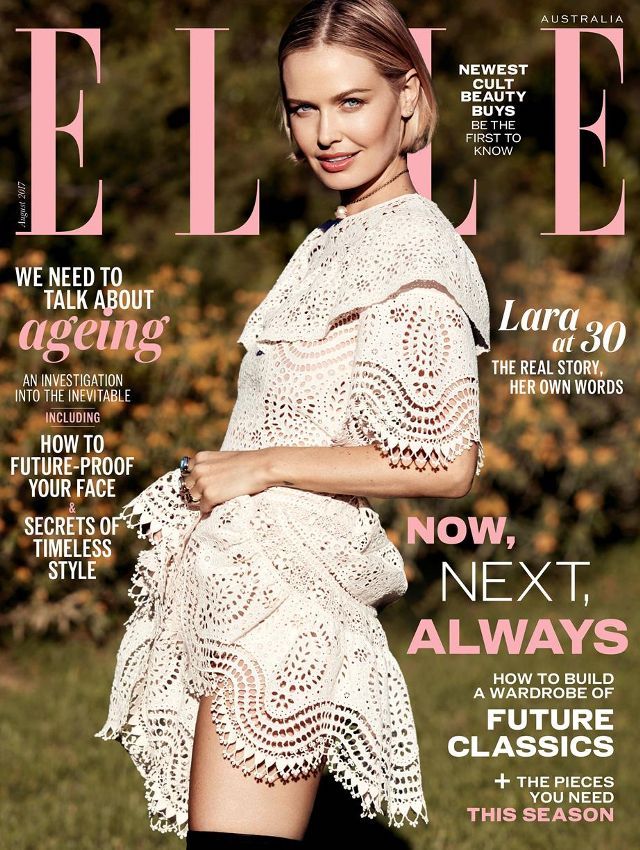 ON BEING A MUM: “As much as I flourished after meeting Sam, it was having Rocket and being a first-time mum that made me realise there’s a bigger world out there than just Lara. It wasn’t just about me anymore, there are three other people with me now.”

“When I’m making choices, it always about what’s best for them. Motherhood shifts your way of thinking—there’s this big, universal understanding like you are apart of something bigger. Having children is the antidote to selfishness.” 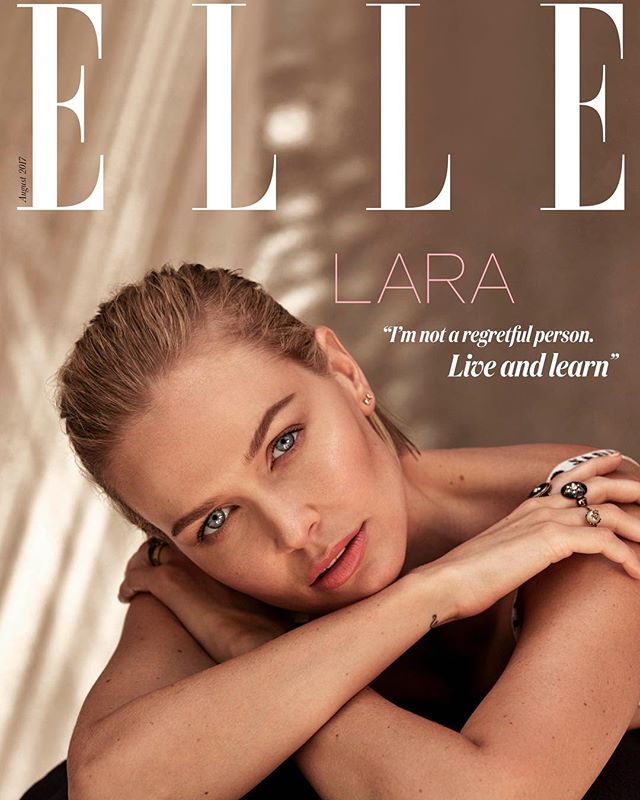 ON HOW SHE HANDLES GOSSIP: “Being portrayed in a different way to what I knew the truth to be was always a challenge for me. I’d read something and it was like I was reading about someone else; It was a creation of a person, not the real me. I think for a long time I’d overcompensate by trying to control it but mostly it made things appear worse. I don’t blame anyone else, but I was young and naive in the sense that I was always talking on other people’s opinions. Back then I didn’t know how to push forward my own path—I sought guidance and hoped I was being led in the right direction.”

ON LIVING IN THE ERA OF SOCIAL MEDIA: “I was thrust into the public eye so young and it was a different world back then—social media was only just beginning so it was print, TV and radio. Now if something happens, it usually passes pretty quickly and people forget. Over the past few years I’ve realised that I find more comfort in keeping quiet, and as much as sometimes I would love to respond to things, in the end my theory is that it’s never really worth it. The only people who matter are around me and they see me every day, they know the truth. My family doesn’t read any of this stuff, so who would I even be saying it for?”

ON LIVING WITHOUT REGRETS: “I definitely know how far I’ve come and there is plenty more to do. Even at the time of Being Lara Bingle I knew it wasn’t going to be my proudest chapter in life. I can reminisce with Sam and laugh about it. I might think, ‘Gosh, I could have done that differently,‘ but I’m, not a regretful person. With all the things in life, one day you’ll look back and realise they were somehow meant to be. Live and learn. I’m a big believer in that.”

Check out the August issue of Elle for more!