mindfulness: YOU ARE NOT YOUR EMOTIONS

HAVE YOU EVER DONE OR SAID SOMETHING WHILE DRUNK THAT YOU WOKE UP TO REALLY REGRET? HOW ABOUT WHEN CONSUMED BY ANGER?
Vedic Meditation and Sattva yoga teacher, Marcus Hamill explains how to re-train our emotions.

A friend who’d been done DUI once said to me, “I’d never be stupid enough to drink drive when I’m sober.”
Jokes aside, I’ve felt the same way about the regrettable things I’ve said and done when consumed by anger.

Interestingly, the receptors in our brain that are responsible for the intake of alcohol and narcotics are the very same receptors for all of our emotions. Strong emotions like anger have the ability to hijack our brains and make us act like we’re out of our minds.

But what if we stop playing the victim and choose full responsibility instead. Fact is, just because we feel an emotion doesn’t mean we have to own it. Victor Frankel famously said, “Between stimulus and response there is a space. In that space is our power to choose our response. In our response lays our growth and our freedom.”

So how do we create enough space that we can witness the upsurge of emotion and avoid being consumed by it?… Meditation.
Meditation trains self-awareness and with self-awareness we can begin to self regulate, rather than falling prey to our old unconscious patterns.

When we realise we’ve been triggered, the first thing we need to do is stop. Then take a couple of deep conscious breaths and notice what we’re thinking and how we feel.

Next, reflect upon what caused the emotion. Is it valid? Is a part of you feeling attacked or belittled? Is there a narrative driving it? In the beginning, it may be necessary to remove yourself from the situation, but with enough practice, this can be done in the moment.

Upon reflection, we can now choose how to consciously respond.

Another technique that is particularly helpful is to change the way we label the emotion. Instead of saying “I am angry”, try saying “my body feels anger”. You can see how ‘I am angry’ leaves no room for anything else. It’s existential. Your entire sense of self is defined as anger. By saying my body feels angry, you become the witness of a particular energy that is moving through your body – watching it rather than owning it.

To be clear, we’re not interested in repressing emotions. As my friend Kerwin Rae said, “Emotions are like children. We don’t want them driving the car, but we don’t want to shove them in the trunk either”.

Repressing our emotions creates blockages, which only ever leads to problems.

Emotions are essentially energy in motion. The very fact that it’s in motion means it will pass. In witnessing the energy move through us, we free ourselves from the unconscious need to act upon it.

No doubt we’ll fail time and time again, but the more we practice, the better we get and the more we’ll be able to move from compulsion to choice.

{Illustration: by @ericasmithdesign / video by @gfunk_ } 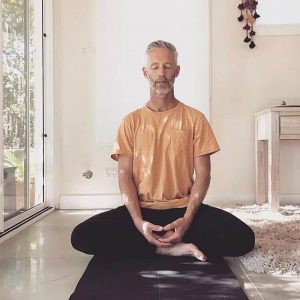 CLICK HERE to find out more about The Sattva Life and Marcus’ meditation courses
thesattvalife.com
instagram.com/the.sattva.life

+ stay tuned for more of his posts

Previous Article
life advice: HOW TO GET OUT OF A RUT
Next Article
beauty insider: HOW TO GET HOLLYWOOD SKIN