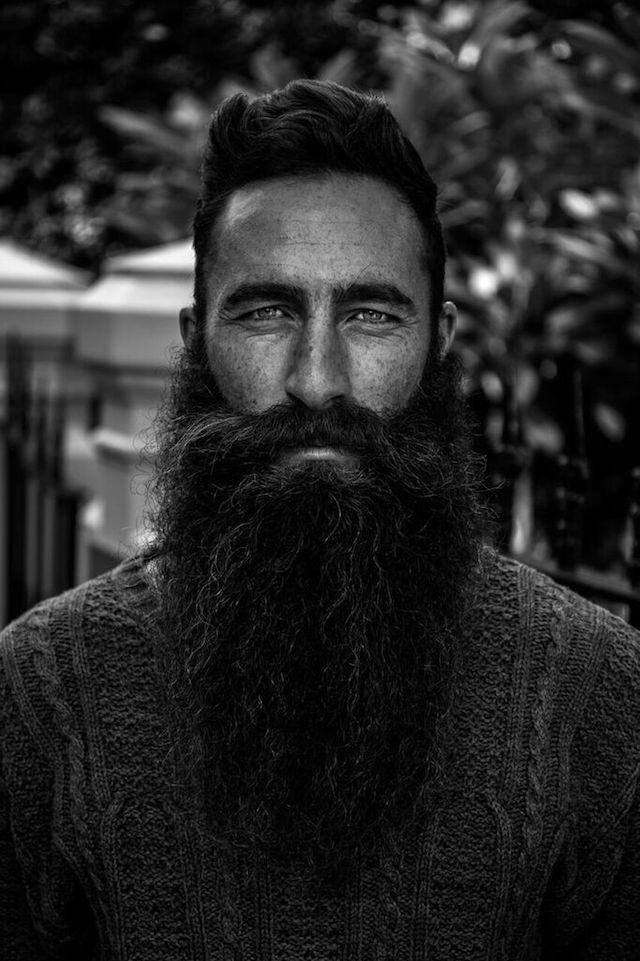 JIMMY NIGGLES ESQ. IS THE FOUNDER OF BEARD SEASON & IS A BLOODY LEGEND. Seven years ago he lost his mate Wes Bonny to melanoma – he was only 26. At Wes’s wake, Jimmy and his friends came up with a way to encourage people to get skin checks, by growing their beards for winter and using them as ‘life saving conversation starters’.

After that first winter Jimmy had a wave of emails and social media followers who said they found something which could have killed them were it not for his advice.
Jimmy’s Beard Season had started saving lives!

Today Beard Season has a social media community of over 80k people and ambassadors in more than 14 countries, including names like AFL Hawthorn Captain Jarryd Roughead, USA soccer goal keeper Tim Howard, fashion icon Nick Wooster, performer Tim Minchin and talk show host Graham Norton. Amongst many events, TV appearances and stunts, Jimmy and his team have hosted a BEARD exhibition with a portrait photographer by the name of Mr Elbank at Somerset House in London, attracting over 35,000 visitors.

Because of all this, and their huge following on social media, Beard Season is now actually helping save lives. Documenting the stories of people who’ve found a suss looking spot because of meeting one of their ambassadors with the #BeardSeasonVictories hashtag.

Amazing…  I had to meet the ‘guy with the million dollar beard’ so I organised lunch with Jimmy at one of my fave spots, Fratelli Paradiso in Potts Point… 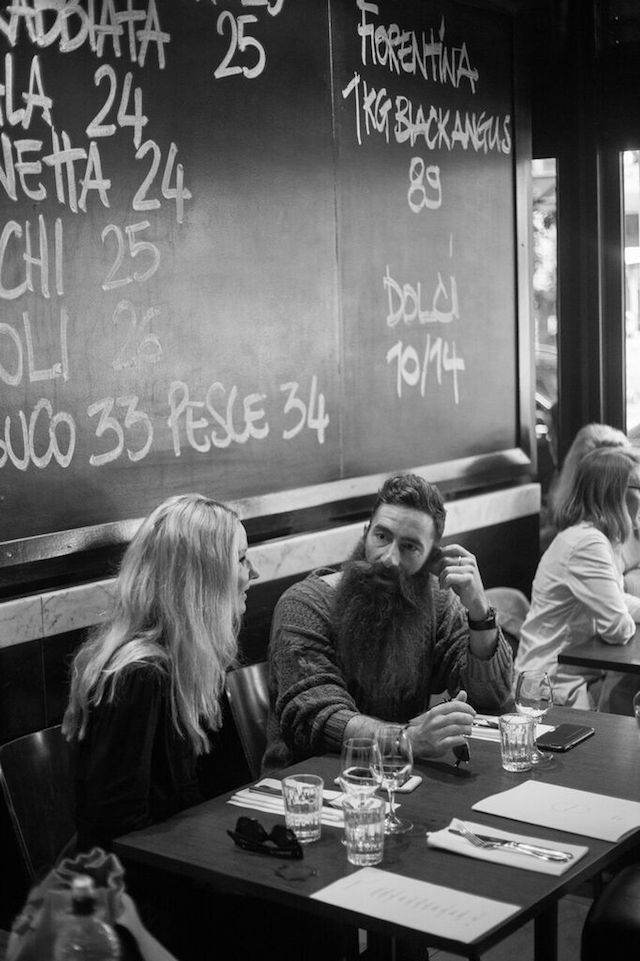 As you know I’ve had experience with melanoma so I wanted to know more about Jimmy and his work. I am so glad we connected, he is so inspiring, and passionate about Beard Season, it’s contagious.

Over Stinging Nettle Gnocchi and a few glasses of red wine, we chatted about Wes, how Beard Season started and what Jimmy plans for the future…

Jimmy mate, Wes, was diagnosed with melanoma in 2010 at the age of 23. The melanoma was removed but it was already in his bloodstream and later spread to his brain.

“At Wes’s funeral we thought, we need to tell people to get skin checks because no-one is doing it,” says Jimmy. “We came up with the Beard Season idea at the Wake, {we’d had a few drinks and were all super-raw}, and we saw these farmers in the corner of the bar with wizard beards,” he explains. “We were like, what if we grow beards to get people talking about melanoma, no one our age grows beards.”

“It made perfect sense because the group most at risk of melanoma is blokes aged between 18 to 45,” he explains. “They think they’re bombproof and they’ll never go to the doctor and ask ‘what do you think of this kinda thing?’ We were like, this is our target audience. A target audience who are notoriously hard to get to in terms of behaviour change.” 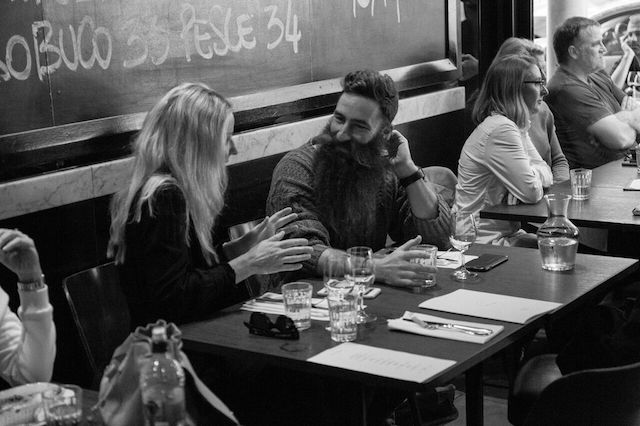 “We thought, if we could grow beards every winter and call it Beard Season then everyone would ask us why we’d grown a beard. We could use that as an opportunity to tell them about Wes and encourage them to get a skin check,” he says. “So we kinda became like walking billboards, spreading the message.”

“After the first winter, we’d never grown beards before so it was like ‘this is amazing’, it’s good fun – and the message was starting to get through.”

“I had five or six people write into me and saying that they might not be here today if they hadn’t seen me at the beach, or the pub – and asked me about my beard.”

” I thought this is perfect, it’s working, this is why I have to keep the beard going – and I kept it as a motivation every day.” 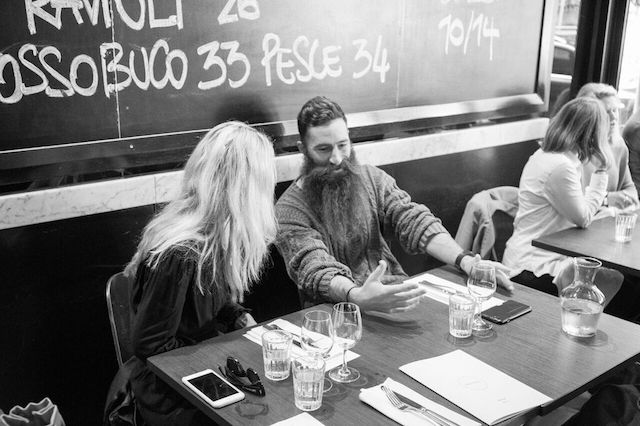 “Now, on average I have about 10 people ask me about my beard, or look at me in a certain way, and I’ve had so many people find ‘something’ early, that could be treated, after a skin check, all because of Beard Season.”

We’d covered everything about saving live’s and skin-checks, but I had to ask Jimmy about the girl factor…

“When we first grew them, {pre-Hipster} we thought we’re done for,” he laughs. “Girls won’t even want to be in the same room as us let, alone go out with us!” But as it turns out, {and you already know this} most girls do like beards!

And Jimmy thinks that Beard Season has made beards more socially acceptable, and up-ped the beard’s cool factor. I totally agree, Beard Season and #BeardWithPurpose have definitely been game changers.

“Kissing is a bit tricky,” he laughs. “You have to navigate your way in, and it’s bit hard but at the same time it’s better than stubble, so I’ve heard.” 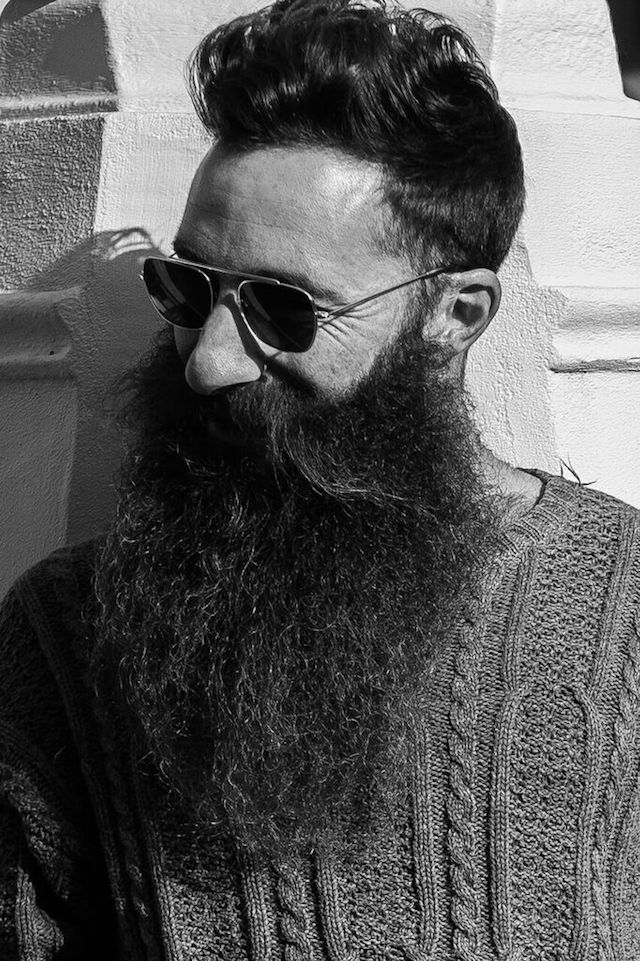 Beard Season has never really done any fundraising, so Jimmy has decided to put his beard up for sale for the princely sum of one million dollars. He came up with the idea of bringing the world’s most adored billionaire into the story. After crowdsourcing the funds to travel to the British Virgin Isles to meet the most famous beard in business to trim his beard. “Just a couple of inches” he said as Branson grabbed a knife from behind the bar and sawed off the tip of Jimmy’s beard.

Jimmy brought back the trimmings and is about to give them to Archibald winning artist Guy Maestri, who is going to fashion them into a ‘Million Dollar Beard Brush’. This brush will then be passed from one famous Australian artist to the next to complete a series of works themed around the harsh Australian sun and its impact on our character and landscape. These paintings will be auctioned off alongside Jimmy’s beard and a whole range of other items at the #MillionDollarBeard Ball in September. With the goal of hitting the million dollar mark and shaving Jimmy’s beard off in one piece and mounting it in a glass case as an artwork.

Watch this space… bellaMUMMA is going to be working more with Beard Season, and will need your support too : )

HOW YOU CAN HELP NOW:

Get all the blokes in your life to become an ambassador by simply growing a beard for winter, and encourage everyone you know to get a skin check with their local GP or dermatologist. It could save people’s lives. Melanoma is one of the world’s deadliest cancers and kills just under 3,000 Australian’s a year. However, it can be one of the most successful cancers to treat if it’s detected early. {Jimmy also encourages everyone to keep an eye on your moles using the ABCDE method, scroll down for more details.}

You can buy some Million Dollar Beard Oil that Jimmy has crafted with fresh oceanic scents, earthy resinous and floral citrus notes, and the ultimate luxuriant – flakes of 23 carat gold. Proceeds from each bottle sold helps run free #BeardSeasonSkincheck sessions. It’s the gift that keeps on {life} giving! 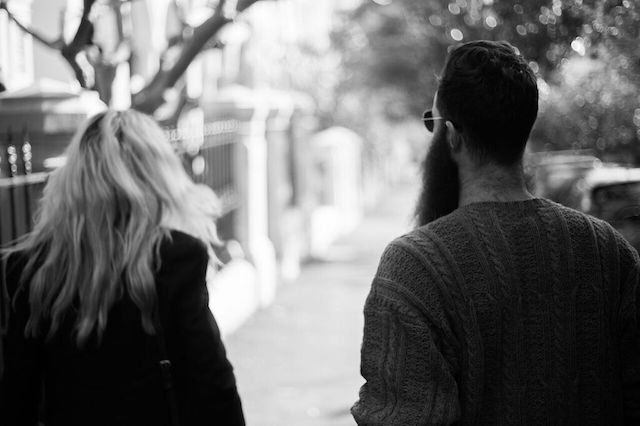 + thank you so much to  Lucas from Oceana Traders for the intro : )

check yourself – THE ABCDE’S OF MELANOMA

These characteristics are used by dermatologists to classify melanomas. Look for these signs:

A – Asymmetrical Shape Melanoma lesions are often irregular, or not symmetrical, in shape. Benign moles are usually symmetrical.

B – Border Typically, non-cancerous moles have smooth, even borders. Melanoma lesions usually have irregular borders that are difficult to define.

C – Colour The presence of more than one colour (blue, black, brown, tan, etc.) or the uneven distribution of color can sometimes be a warning sign of melanoma. Benign moles are usually a single shade of brown or tan.

D – Diametre Melanoma lesions are often greater than 6 millimetres in diameter (approximately the size of a pencil eraser).

Finally, pay attention to the evolution of your moles – know what’s normal for your skin and check it regularly for changes. If you see one or more of these, make an appointment with a dermatologist immediately. And remember, not all melanomas fall within the ABCDE parameters so visit your dermatologist regularly.

Tags
Previous Article
wednesday wisdom: how to DE-STRESS your EMOTIONS
Next Article
wellbeing: HOW TO BEAT THE BLOAT