Her hand-made jewellery range was born of love, tears – it now represents all of those past struggles, plus hope for the future, stability,
and excitement for what may lie ahead.

James Michelle Jewelry was founded in Bend, Oregon, the home of its creator, Jamie Israel, also known to her friends as James. Mother, sister, amazing friend; there are many things that describe James; jewellery designer was not one that anyone had expected.  A new mother to her amazing son, James started feeling that something just wasn’t right, and it wasn’t just an aversion to dirty diapers!

Soon it was doctors appointments and stab-in-the-dark diagnosis and the feeling that the mystery illness would never be solved. After being poked and prodded until she felt like a pin cushion an answer was finally found, the mystery illness now had a name, Lyme Disease. There were wheelchairs, picc lines to deliver antibiotics into the ultimate pumping system, the heart, a broken marriage, and the loss of parents. But through it all, James knew she had to do something that would define her beyond her illness, while allowing her to support herself and her son. So lying in bed one day, watching the antibiotics flow through the IV, she made a necklace from her bedside and posted it online in hopes she could make some money to buy some advil. Little did she know that the seed had just been planted that would eventually grow into James Michelle Jewelry. 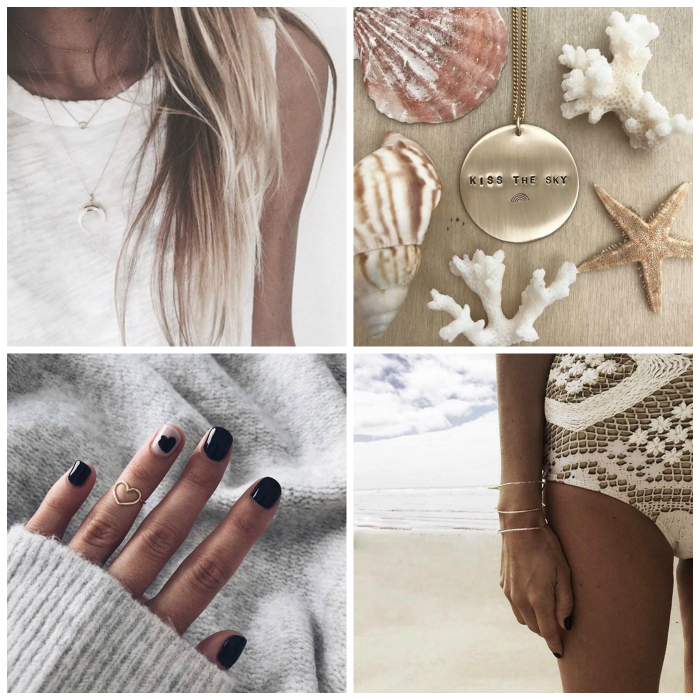 That first necklace turned into a second and soon James was branching beyond her initial design, revelling in the feeling of growing a business that she created, literally, with her own two hands. Necklaces were joined by rings, then earrings and bracelets. Finding inspiration from the beautiful surroundings of Central Oregon and her love of the ocean, James Michelle Jewelry again expanded, adding to its core line of hand-stamped jewelry earthy, organic pieces with wistful and minimalist detail, providing that perfect touch, ensuring that they are a favorite accessory, and forever bringing smiles to the people they adorn. Through her jewelry she began healing.

Lyme is still her constant companion, but she has succeeded it not allowing it to be what defines her. James loves hard, laughs hard, and says a small thanks to God every night for guiding her through those dark hours and leading her to the path of James Michelle Jewelry.

To see more of James’ style and shop her jewellery visit www.jamesmichelle.com

Tags:
Previous Article
#newweek: THE INSTANT RELAXER
Next Article
#mondaymotivation: how to LIVE an INSPIRED LIFE