loving on monday: VICTORIA BECKHAM ON / IN VOGUE 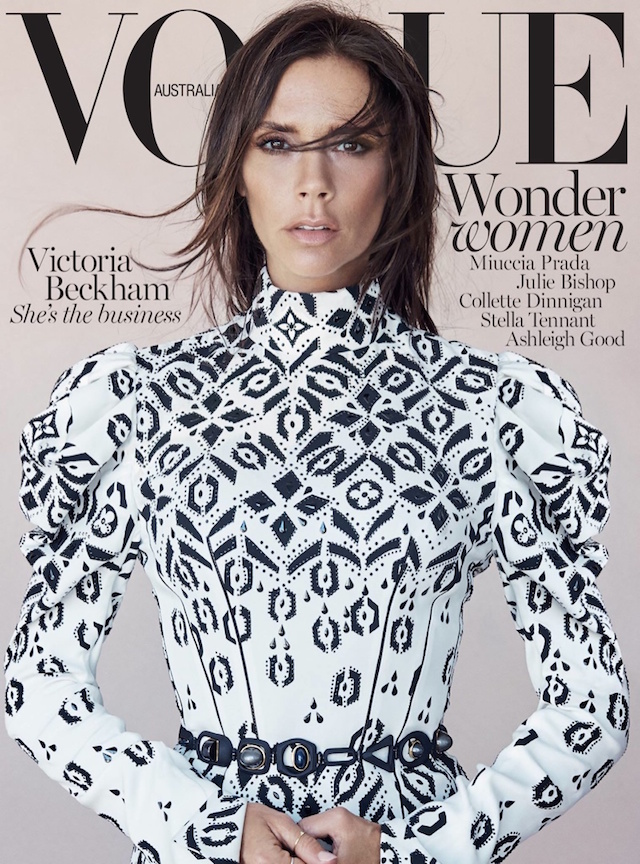 FOR A BUSINESSWOMAN WHO TURNS OVER MORE THAN $60 MILLION, IS MARRIED TO DAVID BECKHAM & HAS BEEN IN THE SPOTLIGHT FOR OVER THREE DECADES…

The 41-year-old fashion icon, designer {and former pop-star} stars on / in Vogue Australia’s August issue – and opens up her life, her family and the very independent ‘Victoria Beckham’ brand.
“I’m enjoying it. There’s no-one beating me over the head telling me I have to do things I don’t want to do. I’d like to remain independent for as long as I can,” she says. She also reveals she’s been tossing up some new ideas: “Oh, I’d love to do menswear, children’s wear, shoes … I’ve got loads of ideas. But every time I say to my CEO: ‘You know, I’ve been thinking …’ he’s like: ‘Stop right now!’” 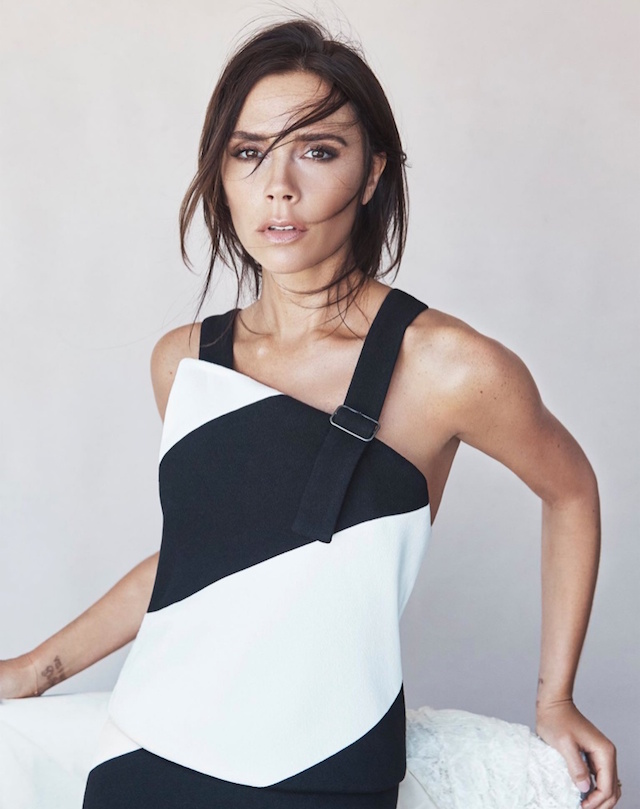 She swears she does ‘do normal things’, like every mum, running errands for her four children, Brooklyn, Romeo, Cruz and Harper. “I like doing those kinds of things. That’s how our entire weekends are taken up, really,” she says.
“Sometimes when I’m screaming at them to do their homework or clean their teeth, I say ‘Mummy was a pop star once. Mummy was somewhat cool!’”
As for going incognito in public? “A lot of people probably don’t even notice me. I’ll dash around Marks & Spencer in my flat shoes, head down, with a shopping basket … Occasionally, at the check-out, a cashier will say: ‘You look just like Victoria Beckham.’”
She also opens up about her sons and describes them as “polite” and “hardworking”, with a love of sport and the arts. “The three boys love football like their dad; they love all sport, not just football. And they’re into so many other things. They love art; they’re very creative, very arty. Brooklyn loves photography; he’s got a really great eye. They’re good boys, polite, hardworking and very happy.”
Photographed by Patrick Demarchelier and styled by fashion director Christine Centenera – the August issue is on sale Monday 13 July.
CLICK HERE for more details